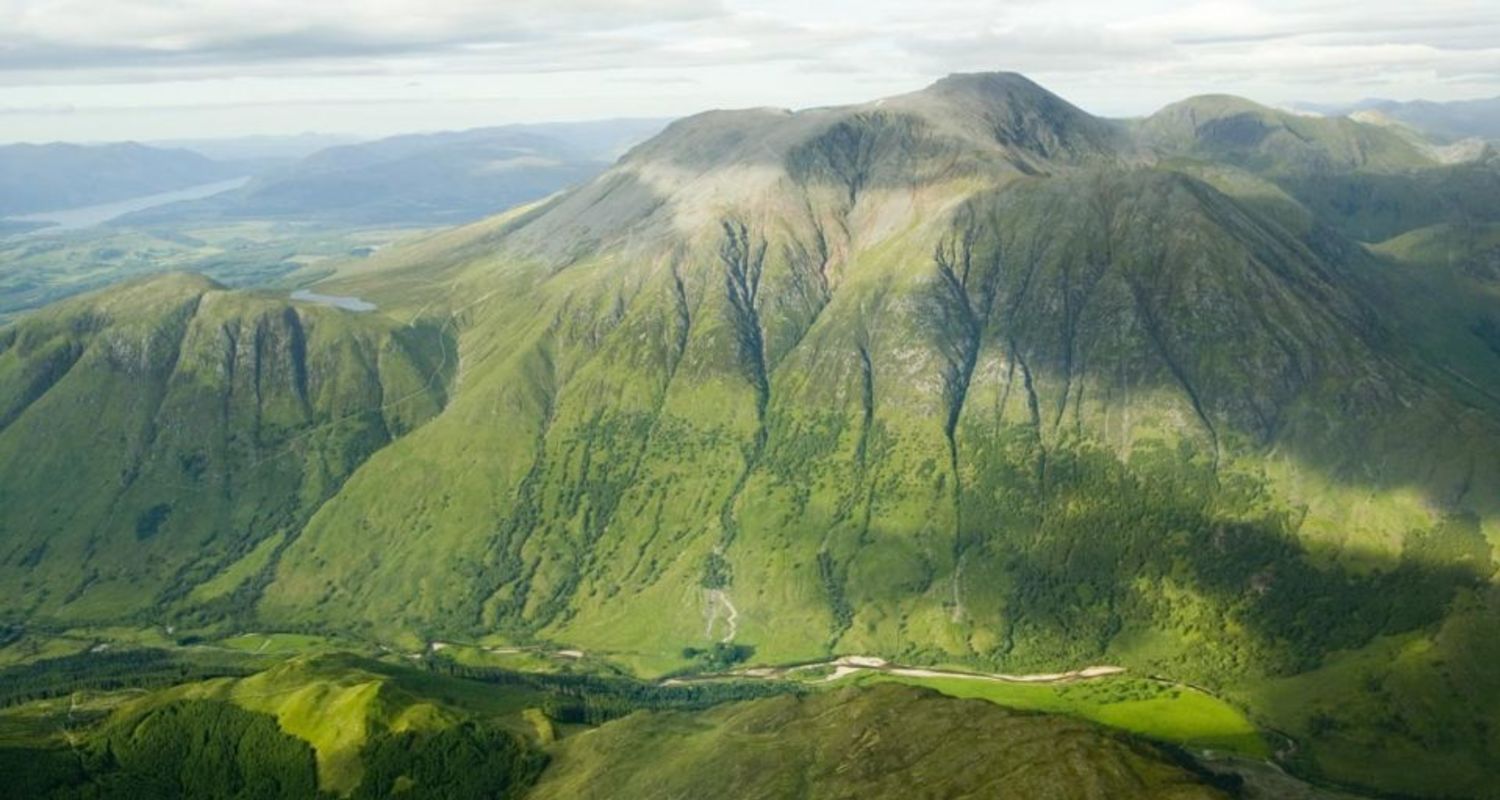 Ben Nevis from the air

Walking Up The Ben Nevis Foopath

If you are planning to walk up Ben Nevis in Fort William, Scotland, this page may be of interest as it has lots of stuff about the mountain footpath.

In fine weather the ascent of Ben Nevis by the mountain footpath from Achintee is a relatively straightforward day out. In poor weather, however, the ascent is a serious undertaking and it is all too easy to underestimate the difficulty of the conditions which may be encountered high up on the mountain. Finding your way across the extensive summit plateau can be extremely difficult and, in the poor visibility which often prevails, a high degree of skill with map and compass is essential.

The mountain footpath from Achintee is the most frequented route with hundreds of walkers climbing to the top every year. You should allow four hours up and three hours down for an average trip. One alternative is to hire the services of a professional mountain guide, who will provide an excellent guided walk up Ben Nevis either as a private party, or as part of a small group sharing the mountain guide's services. The track slants up along the side of Meall an t-Suidhe before reaching the Red Burn - a major feature on the slopes of the mountain. Beyond the Red Burn, the path climbs in a series of long winding zig-zags before reaching the summit plateau. The mountain track has been used to reach the summit of 'The Ben' in a variety of ways. The first ascent by a motor car was made in 1911. This was a publicity stunt to promote the Model T Ford. The ascent took several days and involved the use of planks and ropes. The mountain track was followed from about half-way up. The second car ascent in 1928 was completed in one day and there have been numerous other motorised ascents over the years. Other items which have been taken to the top are wheelbarrows and a piano. On the plateau the route becomes less distinct as the path makes its way across a sea of stones and boulders. The rocks on the lower slopes of the mountain are mainly granites and schists while the top section is composed of Andesite and other volcanic lavas. On a clear day the views across to Glen Coe are stunning:- Beinn a' Bheithir, Bidean nam Bian (the highest peak in Argyll) and the famous notched ridge of the Aonach Eagach. A final steepening leads to the summit which the Ordnance Survey trig point shares with various cairns, an emergency shelter and the ruins of the meteorological observatory. The Ben Nevis Observatory was manned for twenty-one years from 1883 to 1904 and readings were taken every hour during this period and telegraphed down to the Superintendant's House, now know as Glentower Guesthouse - the attractive pink house near the West End car park. The view to the north and east takes in Carn Mor Dearg (the big red peak), Aonach Mor (the big ridge), and Aonach Beag (the small ridge). Along with Ben Nevis (the meaning is not certain - possibly the 'venomous' mountain), these four mountains form a group of peaks over 4000 feet - there are nine altogether in Scotland (none in the remainder of the British Isles). The other five 4000 footers are in the Cairngorm hills much further east. Beyond Aonach Beag lie the Grey Corries - a long ridge which comprises four Munros - Scottish mountains over 3000 feet in height above sea level (there are 284 Munros). To the south the view encompasses the Mamore ridge with a further ten Munros - Ben Nevis occupies a supreme position amid a sea of lower peaks.<

Immediately to the north lies the precipitous north face which provides some of the best climbing in Britain - both in summer and winter.

If you are not too confident on the mountains, and would enjoy the experience of a guided walk up Ben Nevis, please get in touch with one of our Ben Nevis Mountain Guides.