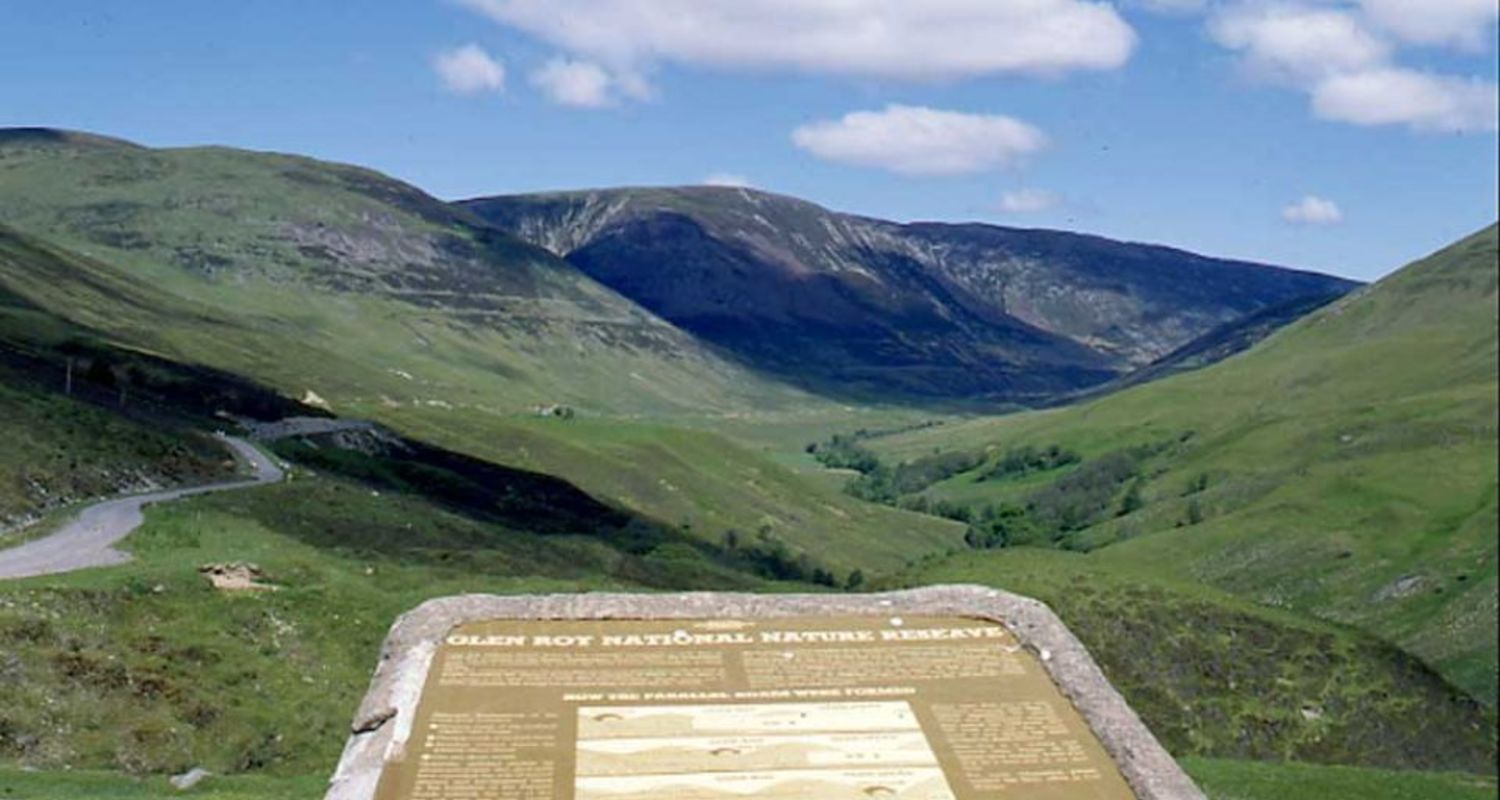 The parallel roads in Glen Gloy are in fact geological features caused by glaciation as the last Ice Age came to an end.

The Parallel Roads in Glen Roy are a naturally occurring geological feature left behind once the Ice Age ended. The amazing parallel lines are actually the shorelines of the ice-dammed lakes. They are several metres wide, cut into the bedrock of the hillsides and in places covered by remnants of lake beach gravel. They extend along much of Glen Roy and Glen Gloy and parts of Glen Spean. Probably they formed through a combination of intense frost weathering and wave action along the lake shore zone. The control of lake levels by the different cols allowed the lakes to persist for sufficiently long periods such that even the hard, Precambrian bedrock was broken up and eroded.

Scottish Natural Heritage have an excellent booklet "Glen Roy - a landscape fashioned by geology" that may be available from www.snh.org.uk