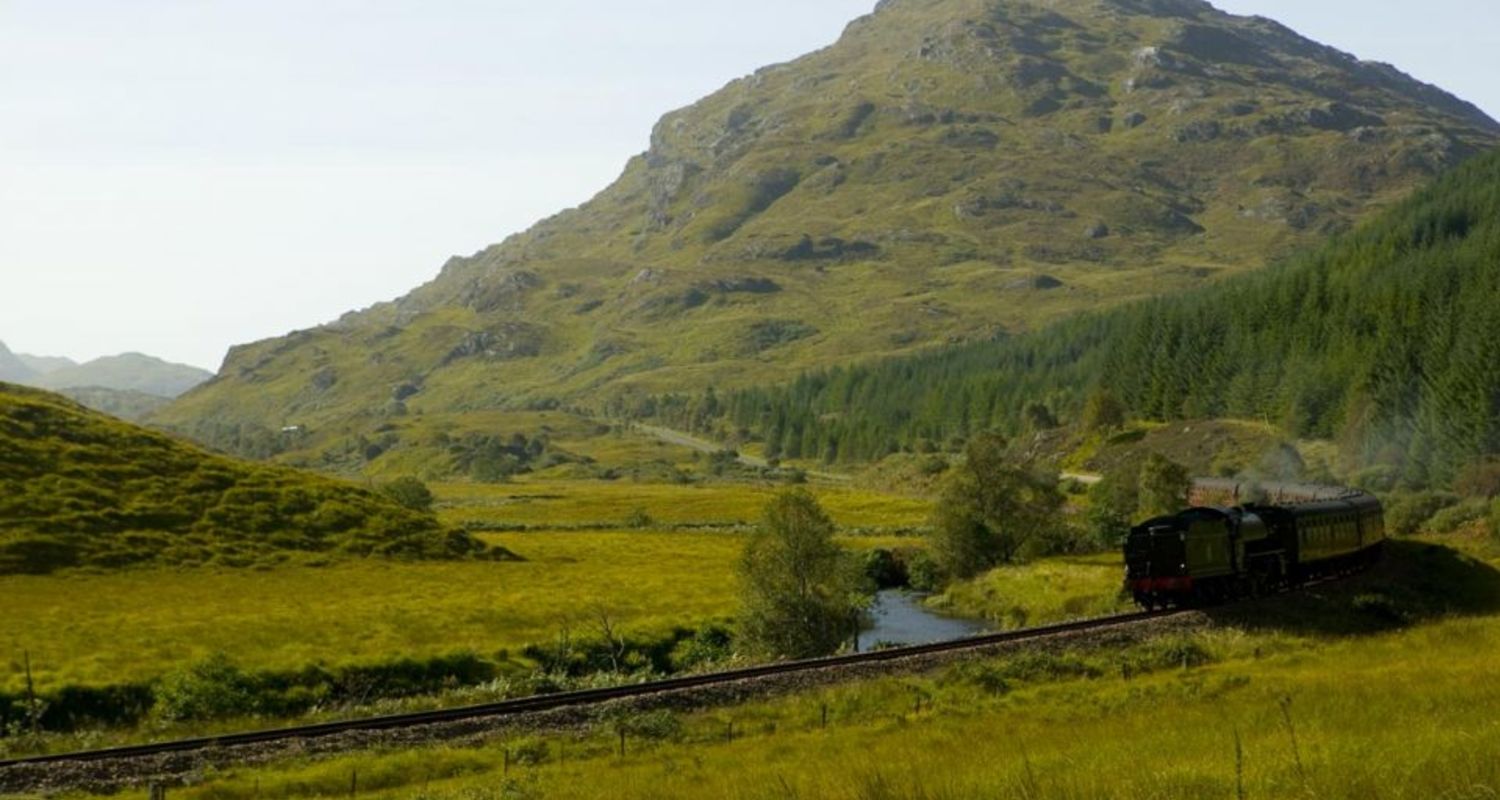 Glenfinnan The Tiny Village With An Enormous History

Glenfinnan is one of our favourite places to visit. This is a magical place - surrounded by mountains on three sides and by the shore of Loch Shiel.

Glenfinnan may be a tiny village, but it has become world-renowned for several things. Firstly the story of Bonnie Prince Charlie's fight for the British throne gathered momentum at Glenfinnan where he raised the Jacobite standard and rallied his clansmen for battle. It must have been an amazing scene - 1200 Highlanders gathered at the head of Loch Shiel among the steep mountains, waiting for the Prince’s arrival from Loch Nan Uamh on August 19th 1745. Glenfinnan Monuement marks this site and the memory of the clansmen who fought for the cause. It was built by Alexander MacDonald of Glenaladale in 1815. The monument is now in the care of the National Trust for Scotland. The Visitor Centre is open April – October and tells the whole story.
The next icon you will immediately be familiar with, is the famous Glenfinnan viaduct which carries the railway to Glenfinnan Station. It was designed by the famous rail and road engineer, Robert McAlpine, who became known as Concrete Bob. The viaduct at Glenfinnan carries the train across a 1,000-feet span, 100 feet above the ground. Another viaduct at Loch Nan Uamh was designed and built at the same time. Fascinatingly, it holds the remains of a horse and cart which fell into the concrete structure before it set. In the summer months, the Jacobite steam engine runs from here to Fort William and Mallaig and ordinary trains are available the rest of the year. The line from Glasgow reached Fort William in 1894 but was only extended to Mallaig in 1901 and is now considered to be among the finest railway journeys in the world, offering a perspective of scenery not available by road. Be sure to call into Glenfinnan Station and visit the Glenfinnan Railway Museum operated by John Barnes


And of course, the filming of the second and third Harry Potter books, 'Harry Potter and the Chamber of Secrets' and 'Harry Potter and the prisoner of Azkaban' took place in September 2001 and in 2003/4 with 'Hogwarts Express' calling at Glenfinnan. Pupils from Lochaber High School were dressed in wizard robes as pupils of Hogwarts Castle, the School for Wizards.
We think Glenfinnan is a very special place. We recommend you get Glenfinnan onto your itinerary and stop off and stay for a couple of nights.

Surrounded by towering mountains and located by the shore of picturesque Loch Shiel, there is just something very special about this place. It is well known as the location of the second Jacobite Rising in 1745. The Holywood production Harry Potter has created more interest in the village since the Hogworts steam locomotive came through the village on the Glenfinnan Viaduct one night....

Glenfinnan has an interesting visitor centre owned and managed by the National Trust for Scotland and we commend this to you. Walking out to the Monument by the waters edge is quite special - there's a real sense of history and real people... the weather somehow adds to the mystery and intrigue.

Each year in August, Glenfinnan Highland Games takes place beside the famous monument. This is a terrific day out and should not be missed.

Glenfinnan House Hotel is a must visit place! This amazing building has been a feature on the lochside for a long time, and the atmosphere inside is very special indeed. Almost every day in the year, the large open fire in the hallway warms and invites you to stay...