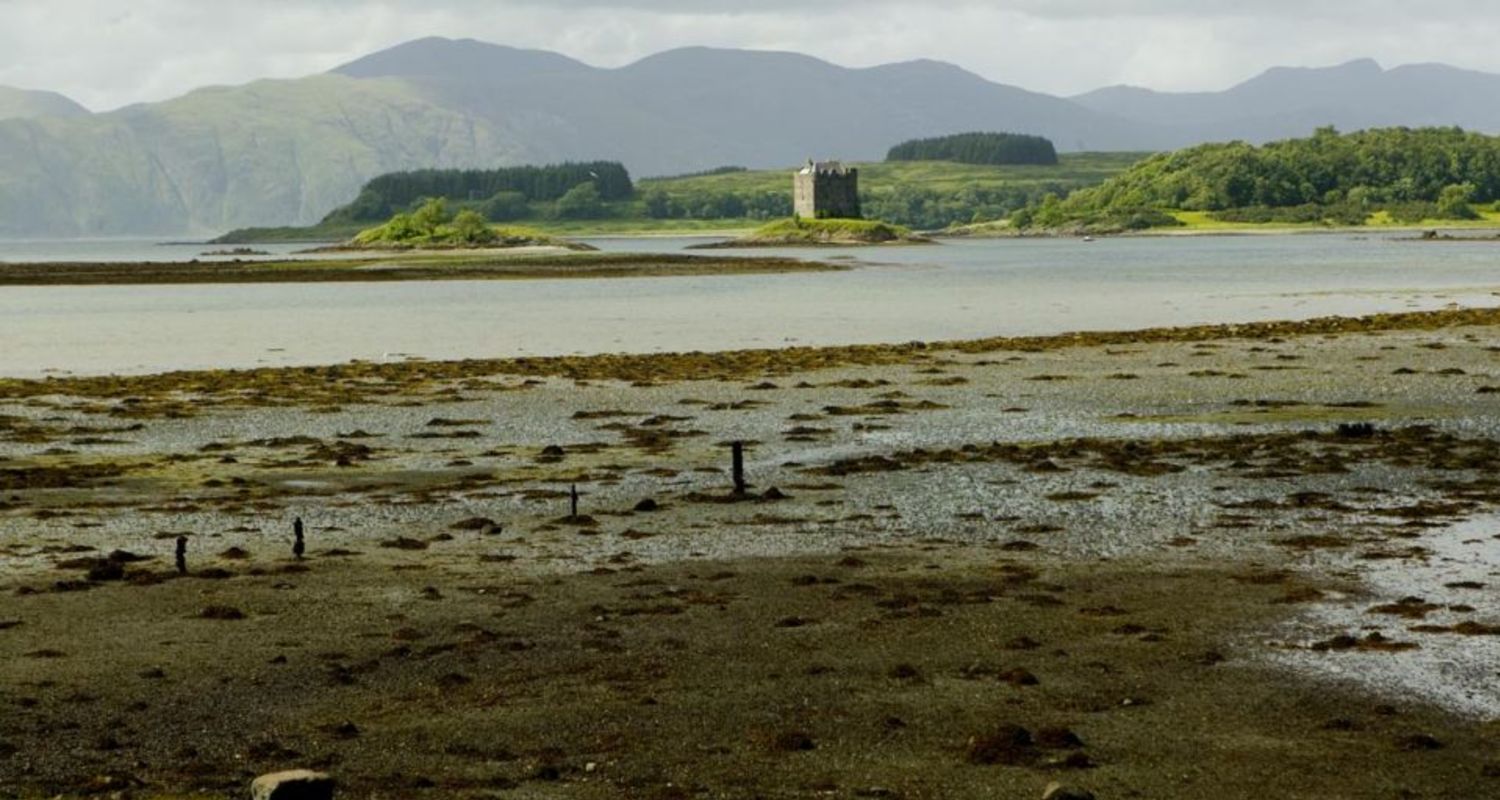 Some information about Castle Stalker at Port Appin by Loch Linnhe

This four story tower house or keep is one of the most photographed sites in the Highlands, being set on a tidal islet off an inlet off Loch Linnhe, about 1.5 miles (2.5 km) north east of Port Appin. Despite its high profile, it remains  one of the best-preserved medieval tower-houses surviving in western Scotland. The original castle was a small fort, built around 1320 by Clan MacDougall who were then Lords of Lorn. The Stewarts rebuilt the castle in its present form around the 1440s.

There are stories of arguments, murders, hunting visits by the Stewart's relative King James IV of Scotland and a drunken bet around 1620 resulting in the castle passing to Clan Campbell. The Campbells finally abandoned the castle around 1840, when it lost its roof. Then in 1908 a Stewart bought the castle and carried out basic conservation work, and in 1965 Lt. Col. D. R. Stewart restored it as a habitable house.