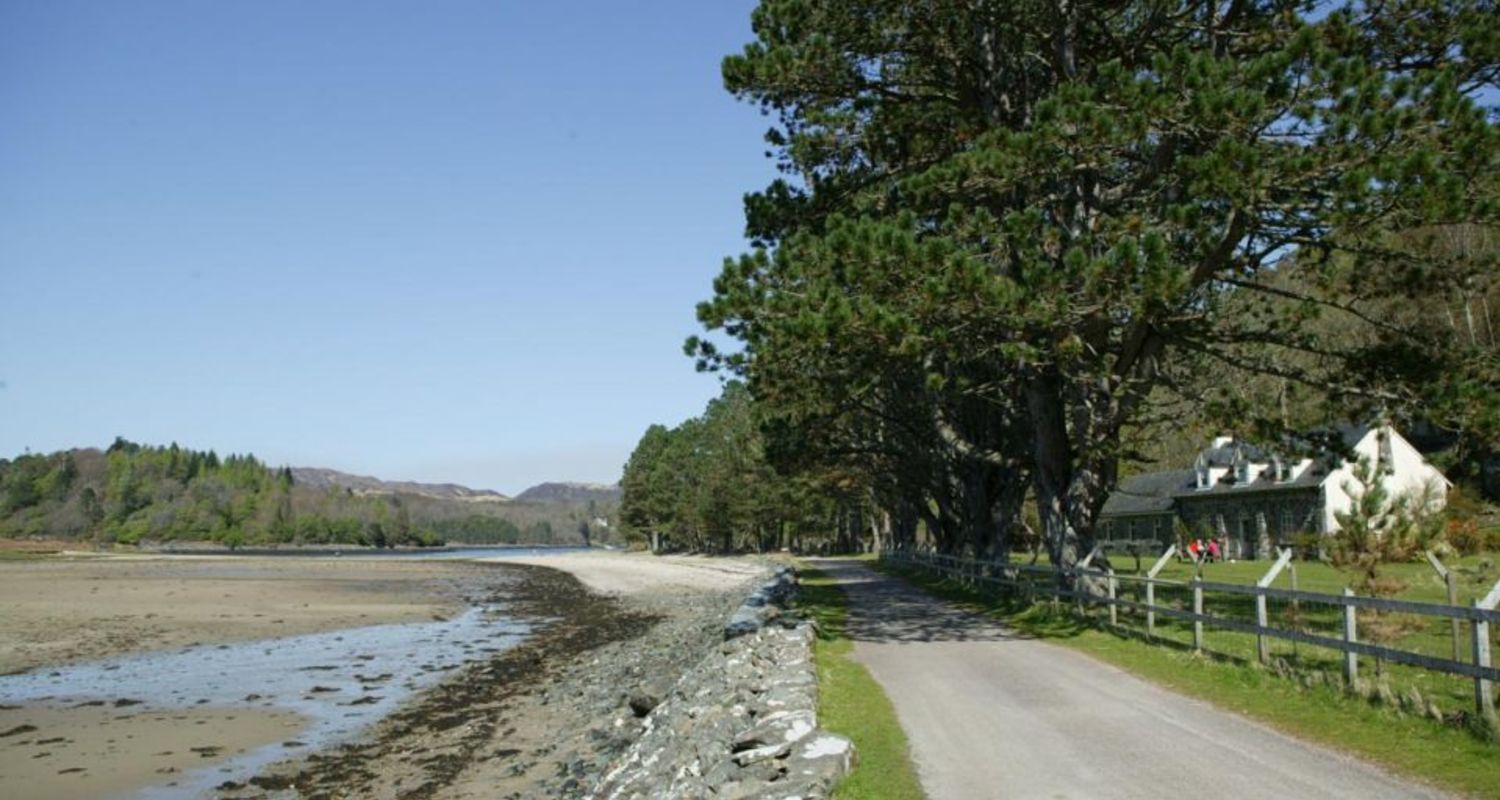 Self catering holidays at Dorlin

Castle Tioram is a ruined castle which sits on the island Eilean Tioram in Loch Moidart.

Though hidden from the sea, the castle and its island rock controls access to Loch Shiel. The castle - a listed building and scheduled ancient monument - is the traditional seat of the Clan MacDonald.  Castle Tioram was seized by Government forces around 1692 when the  then Clan Chief Allan of Clanranald joined the Jacobite Court in France, despite having sworn allegiance to the British Crown. A small garrison was stationed in the Castle until the Jacobite uprising of 1715 when Allan recaptured and torched the castle, purportedly to keep it out of the hands of the Government forces. It has been unoccupied since that time. The curtain wall is believed to date from the 13th century whilst The tower and other interior buildings are of 15th to 17th century construction.

This Castle at Dorlin* is sited magnificently on a rocky tidal island close to the mouth of the River Shiel near Acharacle. It would have been an important site long before the Castle is first recorded in the 14th Century. Excavation has suggested Viking presence interest and there is a seventh century bronze hanging bowl in the West Highland Museum which was found in 1928 during reconstruction. It remained the seat and power base of the MacDonalds of ClanRanald for most of its useful life.

Successive chiefs gained a reputation for wild ruthless behaviour, one described as consecrating his life to plunder and rapine whilst Donald, the 13th chief, became notorious for his cruel, savage, unreasoning autocratic behavior. Tis’ told that as an elderly man John enjoyed sitting on the ramparts of the castle taking shots with his favorite gun "the cuckoo" at anything that moved, human or otherwise! It was already a near ruin by 1715 when it was torched by Allan MacDonald, the 14th Chief of ClanRanald when he left for the battle of Sheriffmuir, supposedly with a premonition that he would not return. He was fatally wounded there.

The castle is now in extremely poor condition and in 1998 was closed to the public at the request of Highland Council; a major structural collapse occurred at the northwest curtain wall in 2000. Controversial proposals to restore the castle by the new owners, Anta Estates, were announced in 1997 and received planning consent from Highland Council. This included the creation of a clan centre/museum, domestic apartments, and public access. However, Historic Scotland refused Scheduled Monument Consent - a decision upheld after a local public inquiry.

The castle can be reached on foot across the tidal causeway, but there is no access to the interior because of the risk of falling masonry.