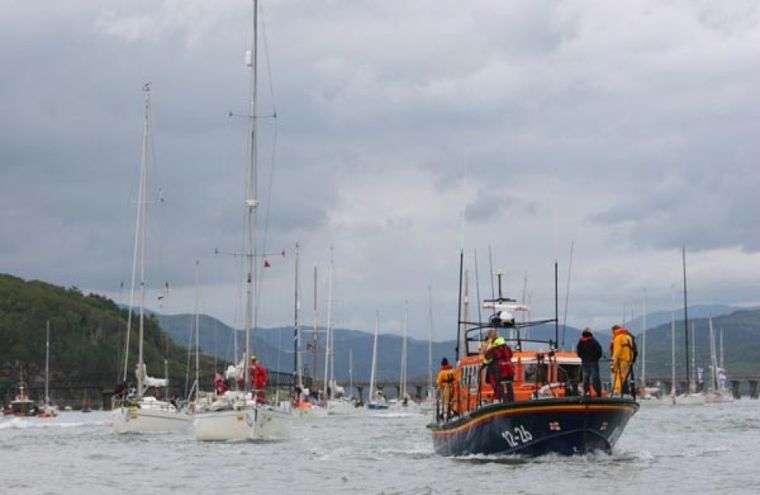 The Barmouth to Fort William Three Peaks Yacht Race combines yachting and mountain running and cycling into one of the greatest adventure challenges in British sport. Five team members are allowed, comprising a combination of sailors and runners, their aim is to sail from Barmouth, on the Welsh coast, to Fort William in Scotland, via Caernarfon and Whitehaven, climbing Snowdon, Scafell Pike and Ben Nevis on the way. Sailing through some of the Scotland's most beautiful and sometimes wildest, scenery, the final leg ends with the shortest and steepest run of the entire race finishing at the entrance to the Caledonian Canal.

The entire race involves a total of 389 miles of difficult coastal sailing, 26 miles of cycling and 72 miles of running, with approximately 14,000 feet of ascent, including 2000 feet between Ennerdale and Scafell Pike, to reach the highest points in Wales, England and Scotland. Set in 2002 the race record stands at 2 days 14 hours and 4 minutes but teams have until 1800 on Saturday to finish the race. Generally most teams make the end of race party on Thursday evening, competitors sometimes opting to complete the Ben Nevis run the following morning.

The Three Peaks Yacht Race attracts some of the world's best sailors and runners, as well as teams who hope just to complete the course, which is a considerable achievement in its own right. The 2011 race starts from Barmouth on Saturday June 25th and the 2012 race on Saturday June 16th. Boats arrive in Corpach from around the Tuesday after the start.